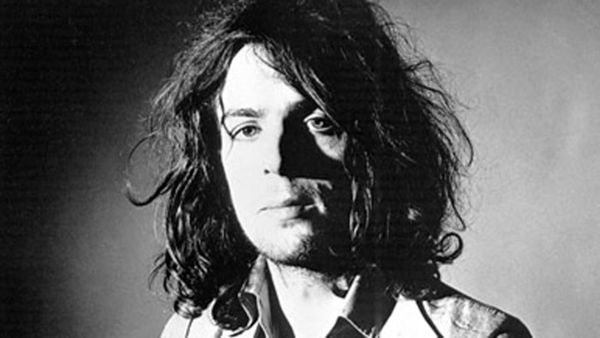 LONDON — If you tend to believe what you hear, rather than what is, Syd Barrett is either dead, behind bars, or a vegetable. He is in fact alive and as confusing as ever, in the town where he was born, Cambridge.

In 1966–67, Barrett was playing lead guitar with Pink Floyd. He'd named the band and was writing most of their music, including the only two hit singles they ever had. His eerie electronic guitar style and gnome-like stage presence made him an authentic cult figure for the nascent London underground, then just beginning to gather at the UFO club and the Roundhouse. The Floyd were a house band and the music went on into the wee hours.

Cambridge is an hour's train ride from London. Syd doesn't see many people these days. Visiting him is like intruding into a very private world. "I'm disappearing," he says, "avoiding most things." He seems very tense, ill at ease. Hollow-cheeked and pale, his eyes reflect a permanent state of shock. He has a ghostly beauty which one normally associates with poets of old. His hair is short now, uncombed, the wavy locks gone. The velvet pants and new green snake skin boots show some attachment to the way it used to be. "I'm treading the backward path," he smiles. "Mostly, I just waste my time." He walks a lot. "Eight miles a day," he says. "It's bound to show. But I don't know how."

"I'm sorry I can't speak very coherently," he says, "It's rather difficult to think of anybody being really interested in me. But you know, man, I am totally together. I even think I should be." Occasionally, Syd responds directly to a question. Mostly his answers are fragmented, a stream of consciousness (the words of James Joyce's poem "Golden Hair" are in one of his songs). "I'm full of dust and guitars," he says.

"The only work I've done the last two years is interviews. I'm very good at it." In fact, Syd has made three albums in that time, produced by the Floyd. The Madcap Laughs, his second, he says, was pretty good: "Like a painting as big as the cellar." Before the Floyd got off the ground, Barrett attended art school. He still paints. Sometimes crazy jungles of thick blobs. Sometimes simple linear pieces. His favourite is a white semi-circle on a white canvas.

In a cellar where he spends much of his time, he sits surrounded by paintings and records, his amps and guitars. He feels safe there, under the ground. Like a character out of one of his own songs. Syd says his favourite musician is Hendrix. "I toured with him you know, Lindsay (an old girlfriend) and I used to sit on the back of the bus, with him up front; he would film us. But we never spoke really. It was like this. Very polite. He was better than people really knew. But very self-conscious about his consciousness. He'd lock himself in the dressing room with a TV and wouldn't let anyone in."

Syd himself has been known to sit behind locked doors, refusing to see anyone for days at a time. Frequently in his last months with the Floyd, he'd go on stage and play no more than two notes in a whole set. "Hendrix was a perfect guitarist. And that's all I wanted to do as a kid. Play a guitar properly and jump around. But too many people got in the way. It's always been too slow for me. Playing. The pace of things. I mean, I'm a fast sprinter. The trouble was, after playing in the group for a few months, I couldn't reach that point."

"I may seem to get hung-up, that's because I am frustrated work-wise, terribly. The fact is I haven't done anything this year, I've probably been chattering, explaining that away like anything. But the other bit about not working is that you do get to think theoretically."

He'd like to get another band together. "But I can't find anybody. That's the problem. I don't know where they are. I mean, I've got an idea that there must be someone to play with. If I was going to play properly, I should need some really good people."

Syd leaves the cellar and goes up to a sedate little room full of pictures of himself with his family. He was a pretty child. English tea, cake and biscuits, arrives. Like many innovators, Barrett seems to have missed the recognition due to him, while others have cleaned up. "I'd like to be rich. I'd like a lot of money to put into my physicals and to buy food for all my friends.

"I'll show you a book of all my songs before you go. I think it's so exciting. I'm glad you're here." He produces a folder containing all his recorded songs to date, neatly typed, with no music. Most of them stand alone as written pieces. Sometimes simple, lyrical, though never without some touch of irony. Sometimes surreal, images weaving dreamily, echoes of a mindscape that defies traditional analysis. Syd's present favourite is "Wolfpack," a taut threatening, claustrophobic number. It finishes with:

Syd thinks people who sing their own songs are boring. He has never recorded anyone else's. He produces a guitar and begins to strum out a new version of "Love You," from Madcap. "I worked this out yesterday. I think it's much better. It's my new 12-string guitar. I'm just getting used to it. I polished it yesterday." It's a Yamaha. He stops and eases it into a regular tuning, shaking his head. "I never felt so close to a guitar as that silver one with mirrors that I used on stage all the time. I swapped it for the black one, but I've never played it."

Syd is 25 now, and worried about getting old. "I wasn't always this introverted," he says, "I think young people should have a lot of fun. But I never seem to have any." Suddenly he points out the window. "Have you seen the roses? There's a whole lot of colours." Syd says he doesn't take acid anymore, but he doesn't want to talk about it... "There's really nothing to say." He goes into the garden and stretches out on an old wooden seat. "Once you're into something..." he says, looking very puzzled. He stops. "I don't think I'm easy to talk about. I've got a very irregular head. And I'm not anything that you think I am anyway."

This story is from the December 23rd, 1971 issue of Rolling Stone.