Stagger Lee Was A Woman by Lester Bangs 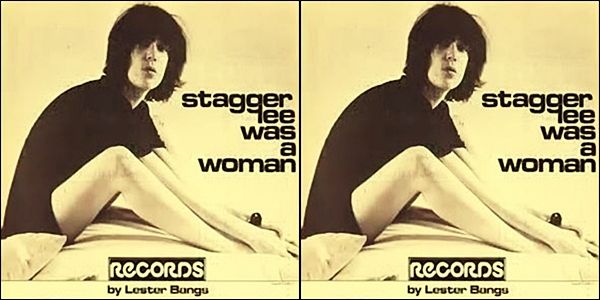 Patti Smith will survive the media blitz and everybody’s hunger for another "superstar," because she’s an artist in a way that’s right old-fashioned; Horses lunges with raw urgency, but her approach is very methodical. She could have done this a long time ago, and has been building steadily, paying dues and learning music fit for the reaches of her poetry so as, when the song is finally delivered, to fulfill all her promises.

What must be recognized is that she transcends bohemian cultism to be both positive and mainstream, even though her songs go past a mere flirtation with death and pathology. She just saw that it was time for literature to shake it and music to carry both some literacy and some grease that ain’t jive. The combination makes her an all-American tough angel, street-bopping and snapping her fingers, yet moving with that hipshake which is so like every tease you slavered after in high school.

Her sound is as new-old as her look. You hear the Shangri-Las and other early Sixties girl groups, as well as Jim Morrison, Lotte Lenya, Anisette of Savage Rose, Velvet Underground, beatniks and Arabs. Meanwhile, the minimalism of the band forces her sound out front along with the poetry, and that sound stands. This is not a "spoken-word" album, it’s a rock’n’roll album, and even if you couldn’t understand a word of English you couldn’t miss the emotional force of Patti’s music. And you’ll love it when she makes mistakes (in this era of slick, pre-digested "rock" as muzak), when her voice goes ragged (but right), like the perfect act of leaping for something precious. Who needs the other kind of perfection?

Which brings up one of the truly ballsy things about this album: that she is meeting the Mademoiselle articles and Earl Wilson columns, not with some slicked up tech-mech superproduction (which John Cale is certainly capable of), but the finest garage band sound yet in the Seventies. The band cooks primarily because, with certain momentary exceptions (Richard Sohl’s beautiful piano intro to "Free Money," Allen Lanier’s ghostly guitar in "Elegie"), they’re all used either as percussion instruments or (as in the halcyon days of the Velvet Underground) for the sustenance of one fortifying drone. Lenny Kaye gets off some of the best one-note distorto guitar since the Stooges’ "1969," and the general primitivism makes you realize you’re a mammal again and glad for it, licking your chops.

Which is not to say that there’s not musical sophistication working here; it’s just that it’s gut sophistication, unfaltering instinct rather than the clammily cerebral approach of the old "poetry and jazz" albums. Horses is a commanding record, as opposed to demanding—you don’t have to work to "understand" or like it, but you can’t ignore it either; it refuses to be background music, stops the action in the room when it’s on, and leaves its effects when it’s over whether the listeners like it or not.

Each song builds with an inexorable seethe, a penchant for lust and risk that shakes you and never lets you forget you’re listening to real rock’n’roll again at last. Meanwhile, every song contains moments that go beyond raunch into emotional realms that can give you chills. In "Birdland" it’s the breathtaking "It was as if somebody had spread butter on all the fine points of the stars and they started to slip"; in "Break It Up," Patti’s truly cosmic sequence of "I cried ‘Help me please’/Ice it was shining," and suddenly through that line you can actually hear her hitting her chest metronomically with her fist, leading into "My heart it was melting..."

Throughout, she plays with roles and masks, combining sulky stalking cat and assertedly male aggressor in "Gloria," where she expands the Van Morrison original into a wild fantasy that’s a celebration of raw lust and personal primacy over any god or law. One of the amazing things is that even though she is still learning to sing her voice is all over the place, from the horny yelp of "Gloria’s" "sweet young thuing" to the demonic way her tongue whips the word "locker" first time she says it in "Land" to the brief unearthly but heart-grazing wordless upper register vocal flight in the middle of "Elegie."

Horses really defines itself in "Kimberly," "Land" and "Elegie," the latter two fitting together in one shattering epic of violence, flight, death and mourning that is ultimately purgative. "Kimberly" is the most haunting song I’ve heard in a long time (enough so that by the time I’d had the record 48 hours it was pulsating straight through not only my days but my dreams at night), a sort of Ronettes bolero cum "Waiting For the Man" celebrating the act of giving birth as cataclysm (as it is) in stunning lyrics: "Oh baby I remember when you were born/It was dawn and the storm settled in my belly/And I rolled in the grass and I spit out the gas/And I lit a match and the void went flash/And the sky split/And the planets hit...And existence stopped/Little sister, the sky is falling/I don’t mind..."

"Land" establishes an eerily malevolent sexuality in the opening build leading to the rape scene, then the wild surge, each word an explosion, of "Suddenly/Johnny/gets a feeling/he’s being surrounded by/horses!/horses!/horses!/horses!" and then into a raw, tearing chorus of "Do you know how to pony" from the old Chris Kenner hit "Land of a Thousand Dances." After that the song takes off almost literally into space, Patti’s three vocal tracks weaving in and out of phase, merging splintered images as if by magic: "He picked up the blade and then he pressed it against his..smooth throat/and let it dip in/the veins/to the sea/of possibilities/it started hardening/to the sea/in my hand/and I felt the arrows of desire..." all rising in one raging floodgate of sound and image to explode in choking death chillingly envisaged, life ebbing with one decelerating drumbeat to "Elegie," a gust of pure melancholy stilled just short of whole anguish in Patti’s finest vocal and the loneliest piece of music since Nico’s "Elegy To Lenny Bruce."

Patti’s heroes may be gone, but she is both with us and for us, so strongly that her music is something, finally, to rally around. For one thing, she has certain qualities that can make her a hero to a whole generation of young girls, and may not be what you think. Suffice to say that Patti has done more here for woman as aggressor than all the Liberation tracts published, and has pushed to the front of the media eye that is just as much a process (ordeal) of learning to "become" a "woman" as it is for men wrestling with all this ballyhooed "manhood" business. It’s this tough chick who walks like Bo Diddley and yet is all woman that we’ve been waiting for for so long, a badass who pulls off the feat of being simultaneously idol of women and lust object of men (and women, no doubt).

And even more than that. Patti’s music in its ultimate moments touches deep wellsprings of emotion that extremely few artists in rock or anywhere else are capable of reaching. With her wealth of promise and the most incandescent flights and stillnesses of this album she joins the ranks of people like Miles Davis, Charles Mingus, or the Dylan of "Sad Eyed Lady" and Royal Albert Hall. It’s that deeply felt, and that moving: a new Romanticism built upon the universal language of rock’n’roll, an affirmation of life so total that, even in the graphic recognition of death, it sweeps your breath away. And only born gamblers take that chance. 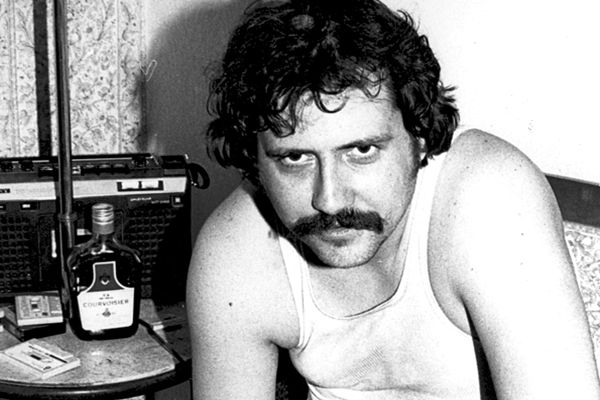